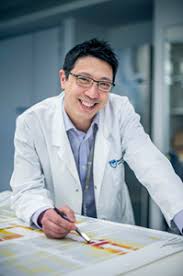 Discontinuation of the Nexvax2 Phase 2 trial

The clinical development of Nexvax2 has been led by US biotechnology company, ImmusanT Inc. By using Nexvax2 to target these abnormal T cells, the goal was to ‘reset’ the immune system back to a state seen in people without coeliac disease, where the body can safely tolerate gluten. In previous Phase 1 safety studies, Nexvax2 was given as a series of injections and was safe and well-tolerated, and appeared to modify the immune response to gluten.

In late June 2019, we received news from ImmusanT Inc. that it was discontinuing the Phase 2 study. The decision to do this was based on an interim analysis that showed Nexvax2 was not providing a statistically significant benefit over placebo (no active drug) in protecting people against symptoms caused by gluten. Protection against symptoms caused by gluten was the primary endpoint of the study, which means that the study’s success is based on whether this outcome can be demonstrated. There were no safety issues identified and the decision to discontinue was made because of the lack of evidence that Nexvax2 was effective in preventing symptoms. Additional information about its effects on the immune response and small intestine will be analysed over the coming months.

Importantly, I am greatly reassured that the vast amount of information that will be gained from the Phase 2 trial will be extremely valuable in advancing the coeliac disease field, and be particularly helpful to the many groups working on new treatments for coeliac disease. It will contribute unique and crucial information on immune processes in coeliac disease and greatly inform how new coeliac treatments are designed and tested in clinical trials.  I think it is crucial to remain optimistic, as there are lots of exciting projects on the go that aim to improve the health and quality of life for people with coeliac disease in the short, medium and long term.

My group remains committed to undertaking research to achieve these outcomes and we have a range of interesting and important projects underway. I remain indebted to everyone who has contributed to our coeliac projects at the Walter and

Eliza Hall Institute and I look forward to providing more positive news the next time I write.

(Reprinted with permission from the Coeliac Australian 'Coeliac' magazine)