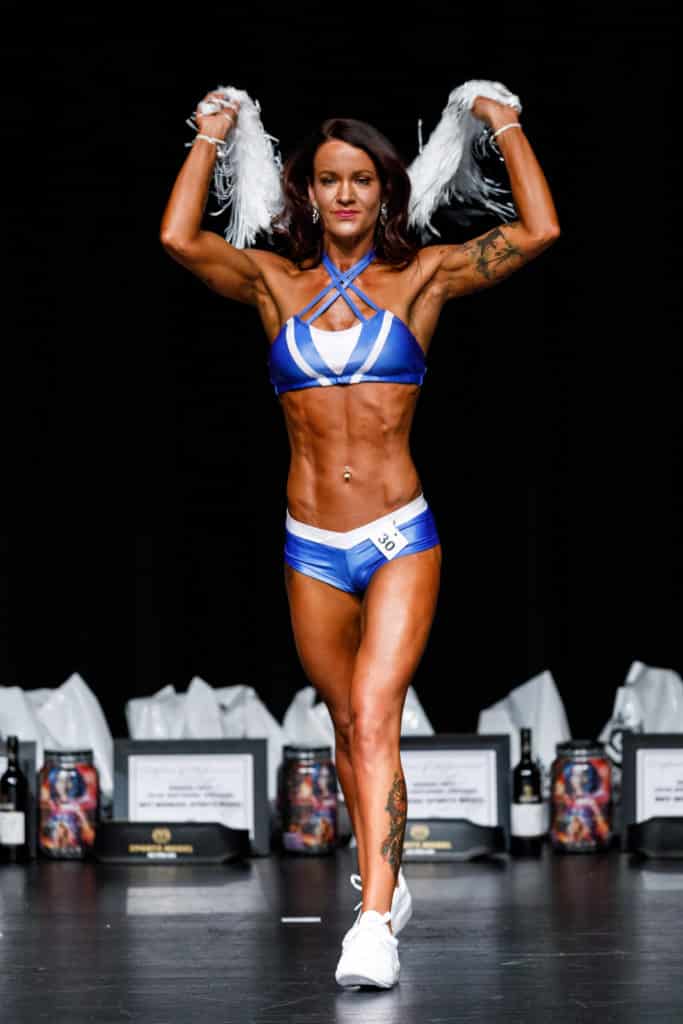 A life change for the better

For most of her life, Hayley Dyhrberg had struggled with feeling lethargic and under the weather. Alongside skin and joint issues that no doctor could provide an answer to, she thought that was just how her body was and gradually learnt to live with never feeling her best.

All that changed when she finally got the diagnosis that turned her life around – coeliac disease. Hayley’s come a long way in the 2 years since her diagnosis. She’s gone from feeling rundown, unmotivated and uninspired to the happiest she’s ever been – as well as one of the country’s most successful bodybuilders and one of Coeliac New Zealand’s fantastic ambassadors. But it certainly wasn’t easy.

Coeliac disease was never unknown to Hayley. When her brother was diagnosed with the condition years ago, she found out that she might need to be tested – but her doctor was convinced she had nothing to worry about.

“My doctor was really of the opinion that coeliac was a condition that affected the intestinal tract,” Hayley recalls. “And the symptoms I had never fit into the ‘standard box’, so I was told there was no value in having me tested”.

Hayley’s behavioural symptoms of brain fog and depression were swept under the rug. While she went through bouts of gastrointestinal issues – and was admitted to hospital countless times overnight with severe stomach pain – doctors could never figure out what was wrong.  Hayley even underwent an operation in the hopes of finding the cause of the problem, but still came away with no answers.

“On my file, they basically wrote that it appeared as though all the issues I was experiencing were psychological,” says Hayley. “That whole experience put me off ever visiting the doctor again and I began to simply suffer in silence. I started to believe that perhaps everything I was experiencing was all in my head.”

After Hayley’s niece was diagnosed with coeliac disease, Hayley decided enough was enough. She changed GPs to a new doctor who listened to all of her symptoms, and finally had a blood test that came back positive – that was in December 2017.

“I was right! Everything I had been experiencing was not in my head after all,” says Hayley. “That moment started me on my road to recovery.”

There’s no denying that adjusting to life as a coeliac is tough, and Hayley really struggled for the first few months. Finding it daunting to understand the gluten-free diet and intimidating to eat out at restaurants, she was mainly living off processed gluten-free foods. All in all, life as a coeliac just seemed way too hard.

“I felt sorry for myself and found all my comfort in unhealthy food, alcohol and cigarettes,” she says. “It wasn’t until I signed up to the gym that I was told how I could totally transform the way I was living.”

It was at the gym that someone mentioned to Hayley how easy bodybuilding and the diet that comes with it would be for her as a coeliac. Getting into bodybuilding, as well as finding a nutritionist’s help to make the shift to a whole foods diet, transformed her lifestyle completely.

At the start of 2019, she decided to compete in her first bodybuilding show. Hayley had made a goal to get herself on the stage and by the end of her first year, she’d won the overall national title for women’s sports model and best female performance at the New Zealand National Championships.

“Bodybuilding isn’t a cheap hobby, and being coeliac can make it a bit more complicated,” says Hayley. “But the sport has turned my life around entirely and I have fallen completely in love with it.”

This year has unfortunately been a little more up in the air, with both national and international shows cancelled or likely to be postponed due to COVID-19. The goal was Universe Championships 2020, but she’s still training hard for the next Universe or World Championships – whenever they may be!

It is strange for Hayley to think about how different her life might have been if she had not received a diagnosis for coeliac disease.

3 years ago, she was feeling unheard by her doctors, dispirited, and drained. Today, she’s feeling inspired, motivated and most importantly, proud of herself. She’s even become one of our awesome Coeliac New Zealand ambassadors; spreading awareness of the disease and encouraging others to get diagnosed.

For Hayley, a coeliac diagnosis was a blessing – without it, she’d never have found her newfound energy, her lust for life, and passion for bodybuilding. A life without gluten has made way for a whole lot more happiness!